Deforestation remains one of the key global environmental challenges. In particular, the issue of Amazonian deforestation has been identified as the most significant contributor to global deforestation, and the issue has been the subject of ongoing political debate at the international scale. The question primarily surrounds the legitimacy with which nations housing parts of the Amazon rainforest can harness the world’s largest forested environment for economic gain.

Deforestation of the Amazon has accelerated since 2017, and 2018 saw deforestation occur at a rate that exceeded anything observed in the previous ten years. The rise appears to have continued into 2019, and the amount of Amazonian deforestation in Brazil was 88% higher in June 2019 than in June 2018.

What is causing increased deforestation in Brazil?

The recent intensification of Amazonian deforestation in Brazil is a political one and there is little debate of the economic opportunities offered by exploiting the Amazon, however, the international community is vocal in opposing the removal of a biome that houses an estimated 30% of global species. Supporters of Bolsonaro argue that making use of the Amazon could be transformative to the Brazilian economy due to the provision of raw materials (e.g. timber), land for agriculture (e.g. for the growth of crops such as soy), energy (e.g. hydroelectric), and cattle ranching.

Brazil houses a cattle population in excess of 200 million, of which an estimated 70 million is located in the Amazon biome. Cattle are raised on pastures that occupy around 70% of the cleared areas in the Brazilian Amazon and the industry is a significant cause of forest clearance. The cattle population in Brazil has shown continued growth in recent years, acting as a key source of raw material for the global beef, and as global demand for beef continues to rise, the growth in Brazil’s cattle herd shows little sign of slowing down.

What does this mean for the leather industry?

Due to its significant cattle herd, Brazil is a key source of global raw hide, and a significant number of leather articles originate from animals raised in Brazil. The recent rise in Amazonian deforestation means that it is likely that more cattle will be raised on deforested land in the future. Hides used in the leather industry can originate from animals reared in deforested regions of the Amazon biome. If rates of deforestation continue to rise, it is likely that organisations involved in the leather industry may begin to face a growing pressure to assure customers, investors, and non-government organisations that their products are not linked to deforestation.

Providing this assurance requires brands and retailers to have good levels of leather traceability, and visibility of suppliers upstream of the tannery, and of at least the slaughterhouse, in Brazil. Such standards of leather traceability are not easily achieved due to the complex and international nature of leather supply chains. Nonetheless, a realisation that raw material may be sourced from areas of deforestation requires action to ensure the protection of brand reputation, and the avoidance of negative media coverage.

To learn more about our supply chain mapping service or our range of other leather traceability options, contact our sustainability experts at Eurofins | BLC. Email info@leathersustainability.com, call +44 (0)1604 679999 or complete the webform below.

How does Deforestation in Brazil Present an Environmental Risk to the Leather Industry? 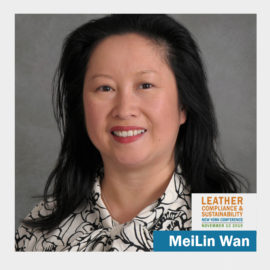 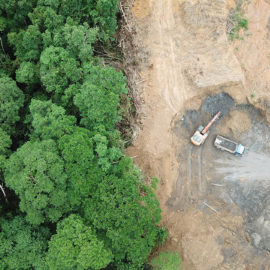 Deforestation: Do you know if your business is sourcing ‘forest risk commodities’? 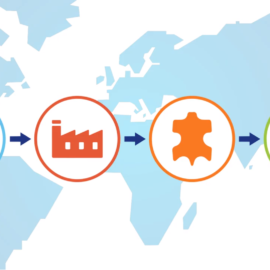